BCP VetChews will have your pet's begging to take their medication!!

In recent years, it seems hundred year storms and thousand year storms are way more common than the name suggests. For those of us here in Houston, they can be all too common. With many still feeling the effects of hurricane Harvey, and others along the southeastern U.S. recovering from Irma and Michael, major storms and other weather events are a fairly common concern during certain parts of the year.

The devastation they cause is usually well covered by the media, and they do a great job of communicating the immediate dangers posed by natural disasters. Sometimes, the subsequent damage and risks are covered as well, but it’s almost always focused on people. While it’s hard to forget your pets, it is sometimes easy to overlook the concerns facing animals in the wake of a major event like a hurricane or flooding. The same stress and potential harm that might follow an event like this can affect your pets, too, from the debris carrying physical harm risks to the psychological stress that might come from temporary separation or a change of environment. 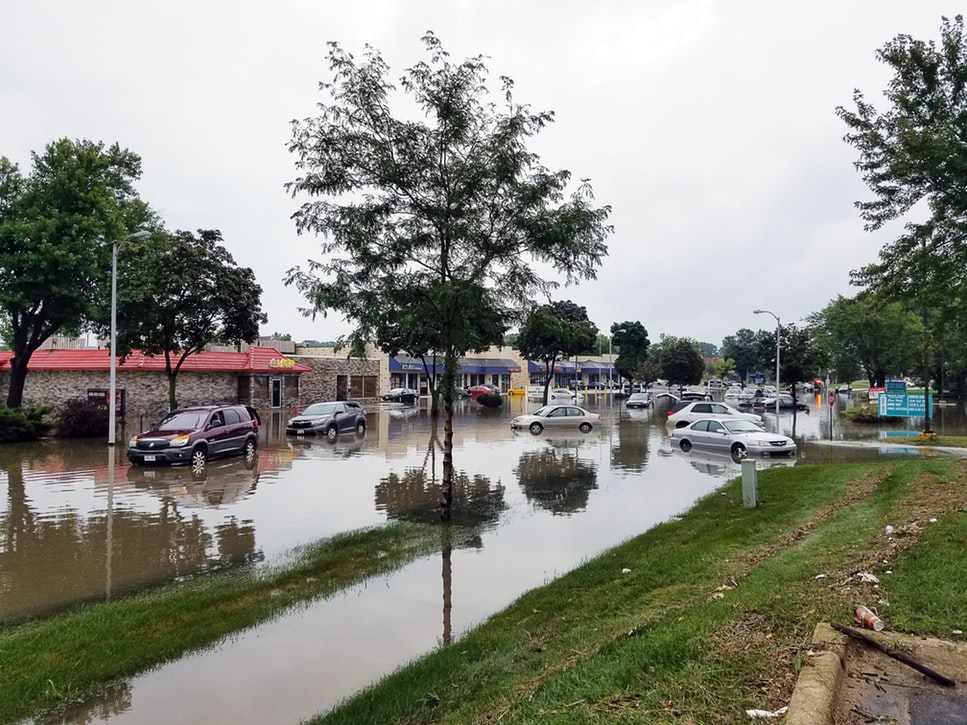 High winds and flooding often lead to a lot of debris spread around neighborhoods and cities, most notably there may even be felled trees and powerlines. Cities are usually well prepared for this, cutting power flow to lines that have fallen, but there is still a window of time where the lines may be live which poses a major shock risk.

Many people assume that only the downed line itself is a risk, but when mixed with flooding or a mix of different types of debris, conductivity is a fairly present concern. With water and some metals acting as a conductor, it’s possible to receive fairly dangerous shocks even without contacting the line directly.

In terms of flooding, debris may not only be carried around, it may also end up submerged beneath the surface of water that otherwise appears safe. Meaning that wading through or jumping into water could present a risk of scratches, puncture or impalement depending on the situation. While people may be able to skirt downed power lines and suspiciously laden waters, your pet might not have the same foresight. When running around after an emergency or even for a while after, it’s a good idea to keep a close eye or perhaps even leash your pets as you survey damage or relearn areas that may have been affected by storms. 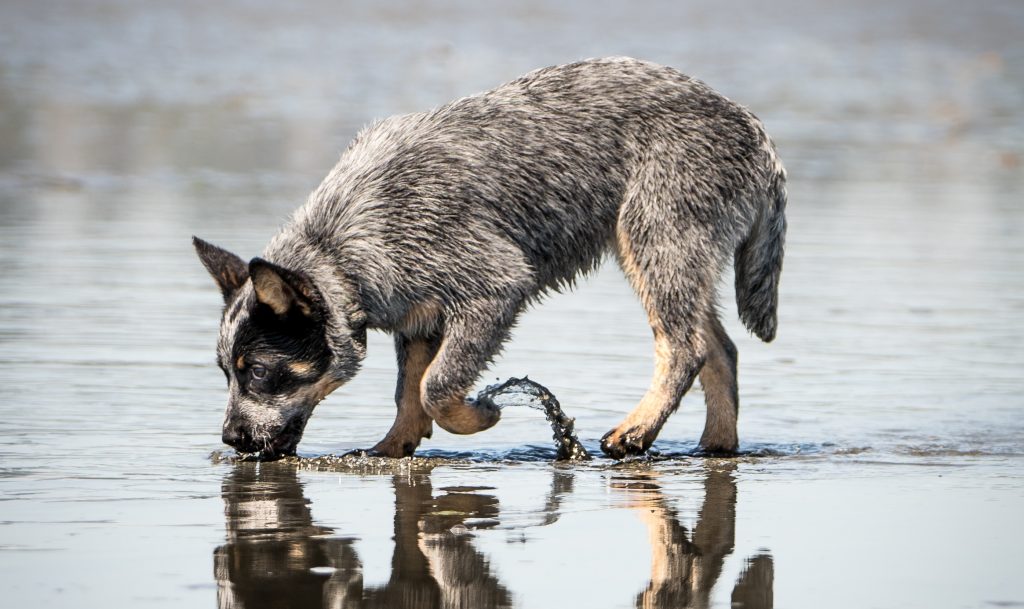 More detrimental than the immediate physical damage of the injury, is the potential for infection. Heavy rains and flooding causes storm water to fill the streets of neighborhoods, and if this water has been exposed to chemicals or infectious bacteria, an open wound is a prime opportunity for such bacteria to enter a pet’s system.

One such bacterial infection is leptospirosis, affecting people and animals alike. Leptospirosis occurs when the soil containing the urine of an infected animal comes in contact with an open wound. Antibiotics are readily available to clear the infection, however, if left untreated it can lead to kidney and liver damage, and in extreme cases, death. 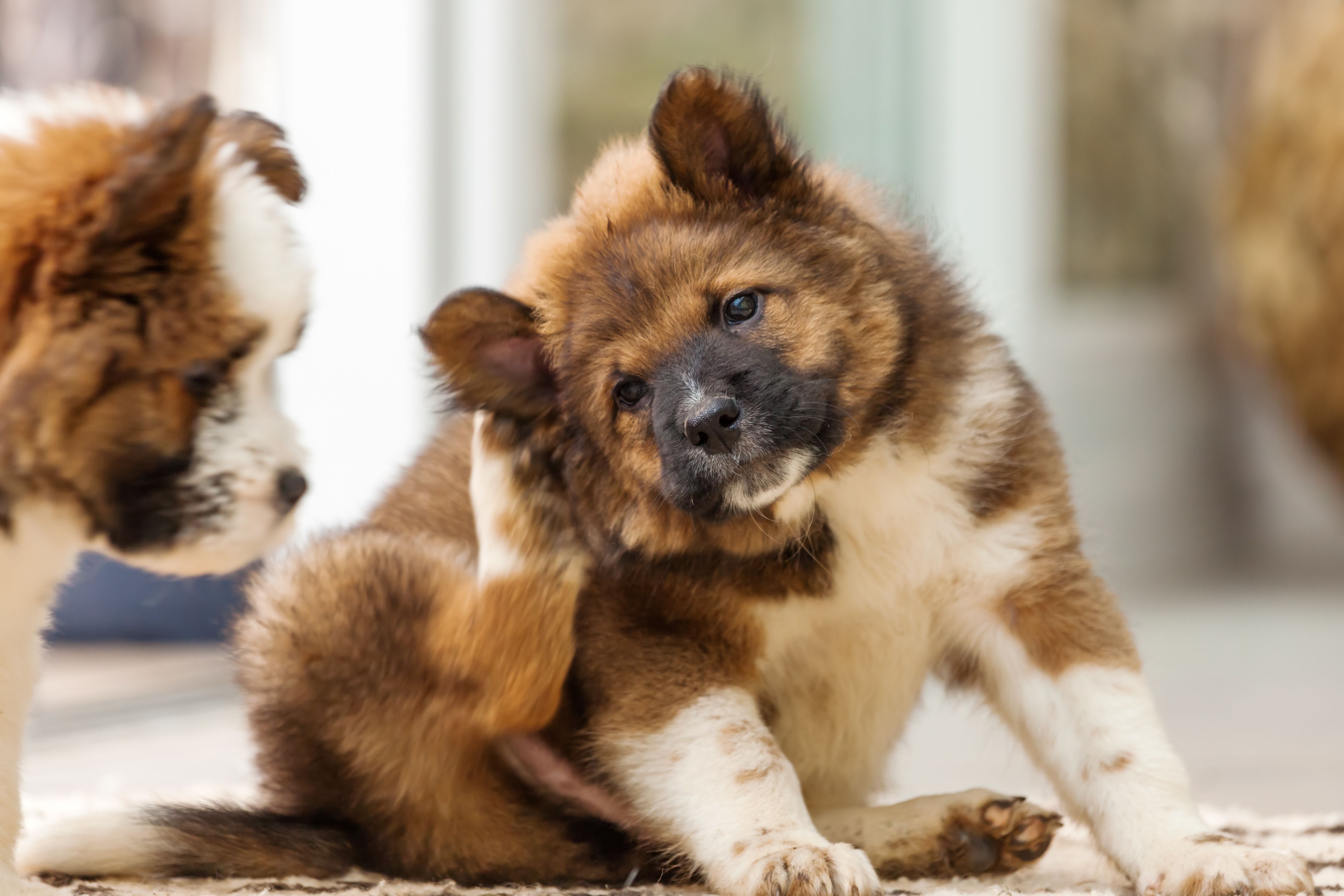 Fleas and ticks, especially in the more rural areas, can be problematic as flood waters create avenues for these parasites to gain access to otherwise protected pets. Young dogs and puppies can even be exposed to parvo if unvaccinated. If other animals (wild or domestic) have been lost, gotten loose, or even just dispersed from their original territory, it can also lead to the transfer of parasites and disease. If one of these animals is scared and aggressive and happens to fight with a family pet, there is a high risk for exposure to rabies. Due to these potential dangers it is always a good idea to make sure your pet is up to date with their preventative medication and vaccinations, especially prior to a big storm. 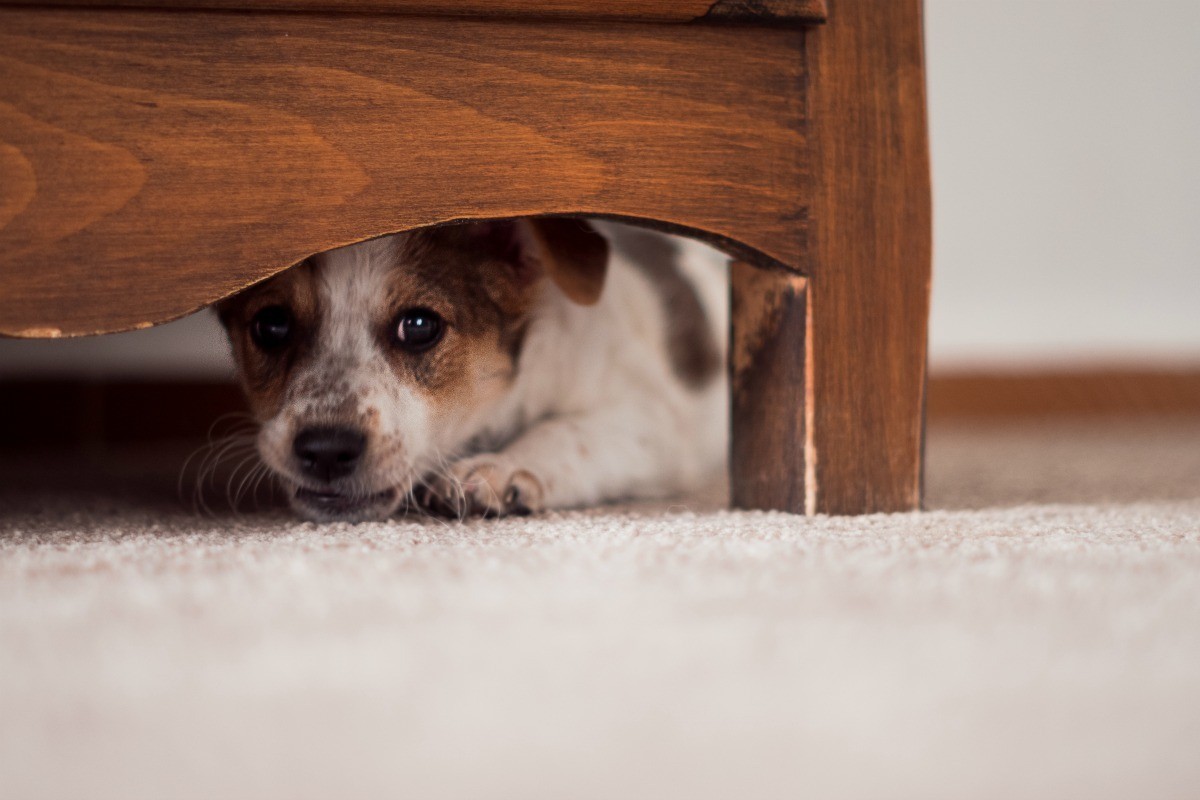 Another concern for pets is their general stress levels. High stressed animals can behave erratically, defensively, and uncharacteristically. This is an even greater concern for animals and more prone to anxiety and do not react well to unfamiliar situations. The initial storm can cause issues for animals sensitive to loud noises or frightening weather causing them to futilely run away or hide. The interruption of a normal schedule can also result in higher levels of stress for animals, so it is important to try and regain a semblance of normal daily routines as soon as possible. While attempting to walk your pet or even reintroduce him/her to your home after a storm it is prudent to keep them on a leash or keep a tight eye on them. Compounded with the already present stress, the loss of familiar scents and landmarks can cause confusion and a loss of direction in many animals. This anxiety and confusion can cause pets to run right into physical objects and even dart into traffic in a desperate attempt to find something familiar. 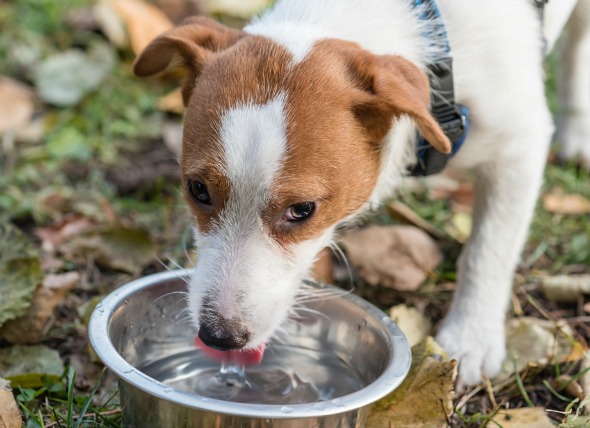 Last but certainly not least is the threat of dehydration and starvation. As sad as it seems, not all families and individuals are capable of evacuating their pets along with themselves. In these last resort situations, it is vital that there is adequate access to essential things such as food, water, and proper shelter for however long it takes to get back to one’s pet. These situations can come down to survival instinct; unfortunately, the extent of this instinct has been bred out of many breeds of domestic animals. Make sure that wherever a pet is left, it can find the food and water it needs to survive, and shelter which will stay dry and unexposed to the elements.

This general guide is a great place to begin preparations for your pet prior to a storm, however it may not cover all essential aspects of “pet storm preparedness.” It is always in your pet’s and your best interest to discuss any concerns or questions you may have with your local veterinarian.