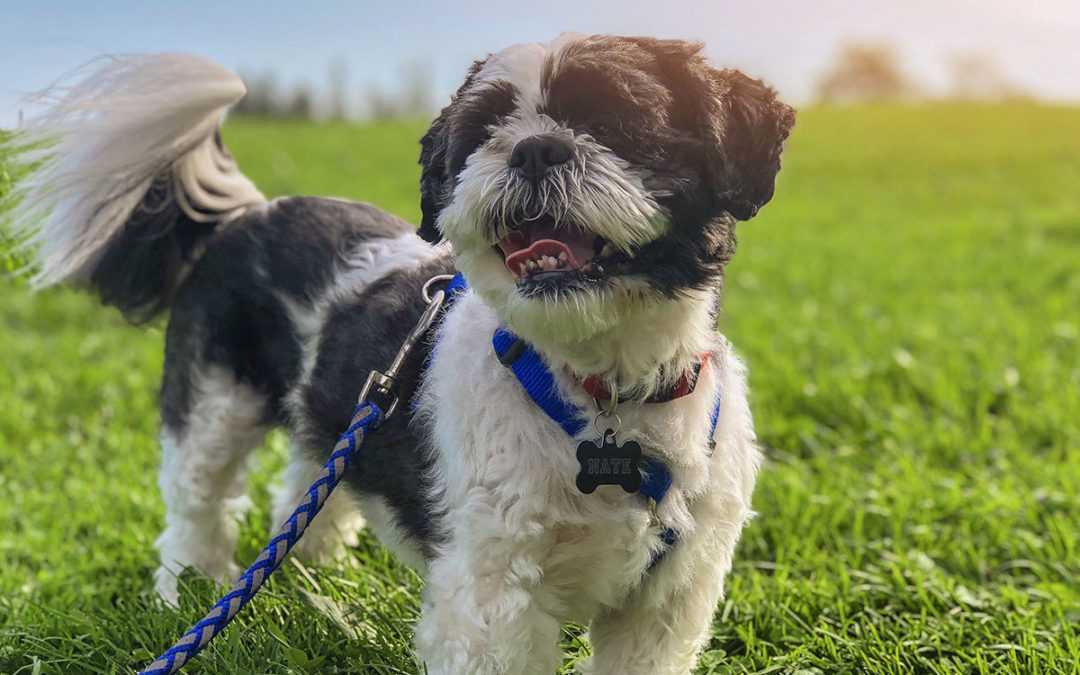 Fall is getting closer every day, but until it officially arrives with cooler weather and shorter days, you should be vigilant for outside temperatures that can be hazardous to your dog’s health.

When temperatures reach 90 ℉ or above and humidity levels are high, humans are in the most danger of heat-related illnesses. However, dogs only have sweat glands in their feet and around their noses, so their bodies are less efficient than human bodies at dispelling the heat and keeping them cool. Dogs also pant to release heat and moisture from their bodies. However, when humidity is high, along with temperatures, panting is less effective at cooling down a dog’s body.

Healthy dogs can begin to experience symptoms of heat-related illnesses at temperatures as low as 75 ℉ if they are exercising too vigorously outdoors. Dogs with higher risk factors such as obesity, or breeds with heavy coats or breathing difficulties can experience problems with the heat at even lower temperatures or after very little time outside.

There are multiple serious heat-related problems that can affect dogs when the temperatures soar. 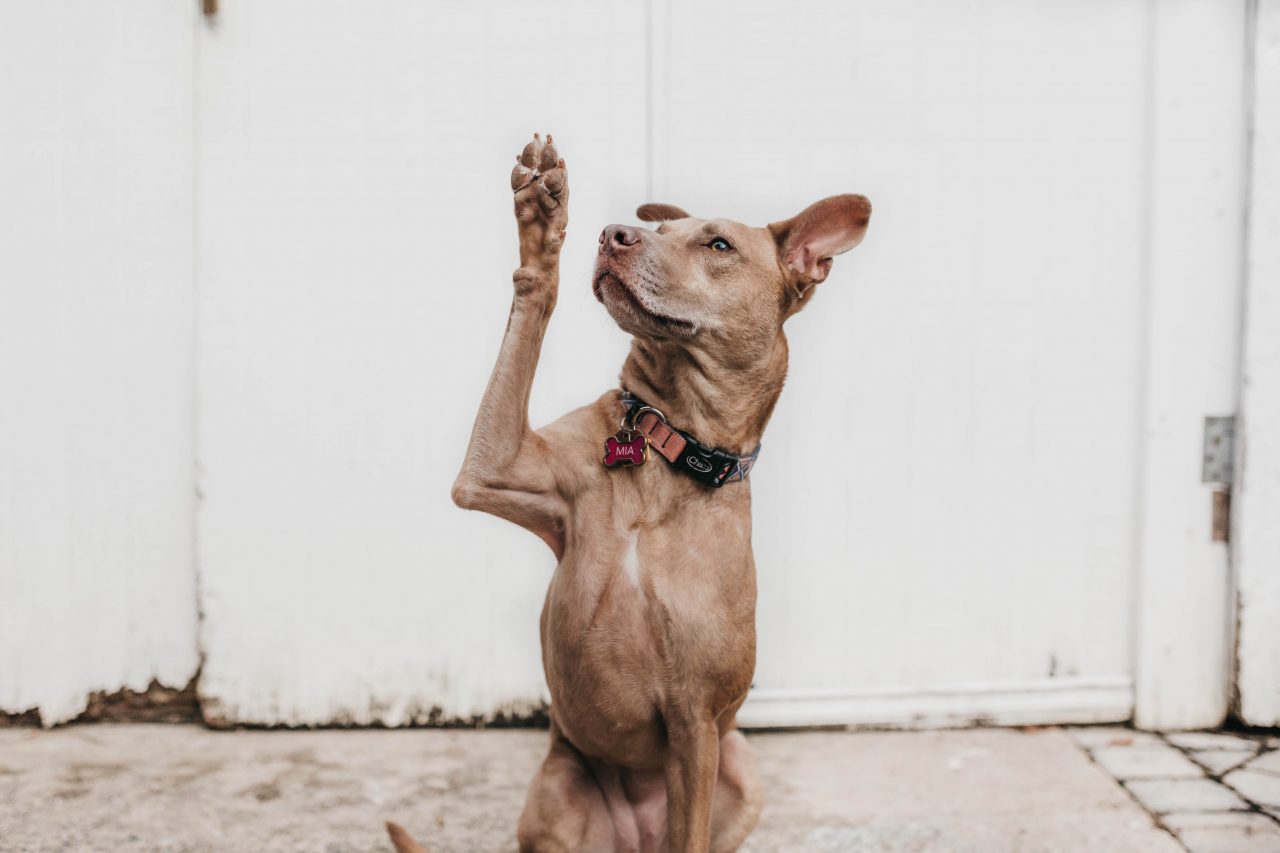 One issue with heat that many pet owners don’t consider when walking dogs in the hot weather is that paved surfaces heat up and retain heat throughout the day. So, while the temperature outside is 77 ℉, the temperature of asphalt can be 125 ℉ or even higher. At 125 ℉, skin damage can occur in as little as 60 seconds. At an outside temperature of 86 ℉, asphalt temperatures can reach 145 ℉, which is hot enough to fry an egg on the pavement in less than 5 minutes.

The pads of a dog’s feet have no protection against the heat from asphalt, so it’s critical for owners to be aware of potential dangers before walking a dog in the heat to avoid burns to the pads of the dog’s feet. To determine if the pavement is cool enough for a walk, try resting your hand on the pavement for five to seven seconds. If the pavement is too hot for your hand, it’s too hot to walk your dog. Consider alternative forms of exercise, such as walking in the grassy areas of a park or walking in the early morning or late evening. If you do walk your dog on the pavement, keep a close eye on your pet’s behavior. If your dog’s gait seems odd, the pavement is likely too hot and you should end the walk immediately. 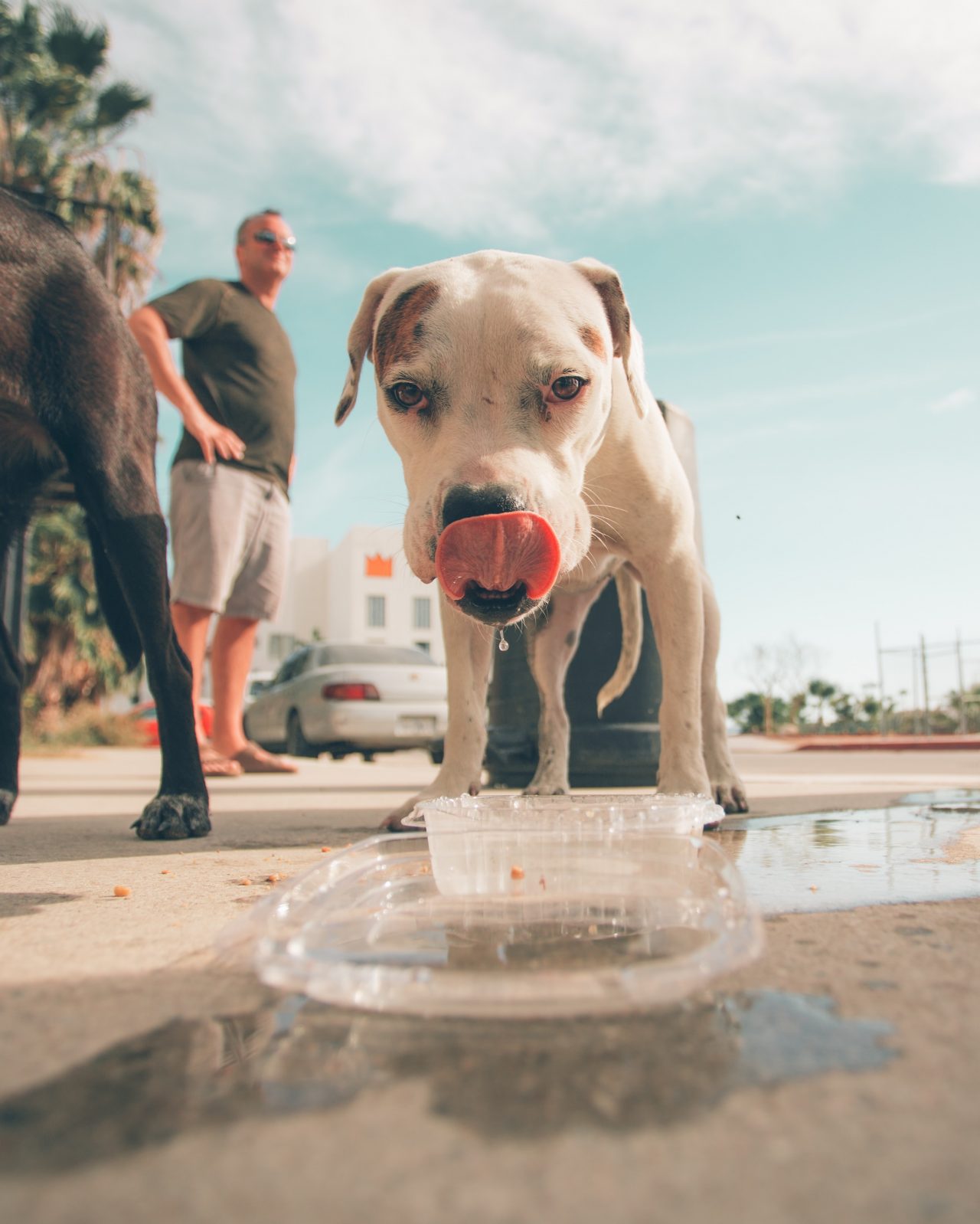 Just as with humans, dogs can become dehydrated if they don’t take in enough water. Dehydration results in a loss of electrolytes, which can cripple the ability of a dog’s body to perform essential functions, such as regulating nerve function, delivering oxygen to the organs, moving nutrients into the cells, and many more processes. Severe dehydration can lead to organ failure and death.

To ensure dogs stay well-hydrated, make sure they have a constant supply of clean, fresh drinking water. On warmer days, you may need to refill the water dish many more times than normal to ensure your dog stays well hydrated. Also, try to limit extreme physical activity during the hottest parts of the day to help maintain their hydration levels. If you suspect your dog may be dehydrated, you should call your vet immediately.

If your dog has been out in the heat and won’t stop panting heavily, it can be an early indicator of heat stroke. Heat stroke in dogs is extremely dangerous. It can take as little as 15 minutes for a dog to die of heat stroke and an average of 50 percent of dogs diagnosed with heat stroke die.

A dog’s normal body temperature is between 101 and 102 ℉. If a dog’s internal temperature reaches 106 ℉, he or she is at risk of heat stroke. Since a dog’s body is less efficient at cooling than a human’s is, dogs are very susceptible to heat stroke in warm weather from being left in hot sunny places, such as a parked car, or exercising too vigorously in the heat. Many dogs will collapse before giving up on a run or while playing in the park, so it’s vital that you monitor your pet closely in the heat.

If you suspect your dog may be suffering from heat stroke, call your vet or the nearest emergency clinic immediately. Heat stroke is truly life-threatening for dogs. Recognizing the signs of heat stroke in dogs and getting your pet help could save your pet’s life. 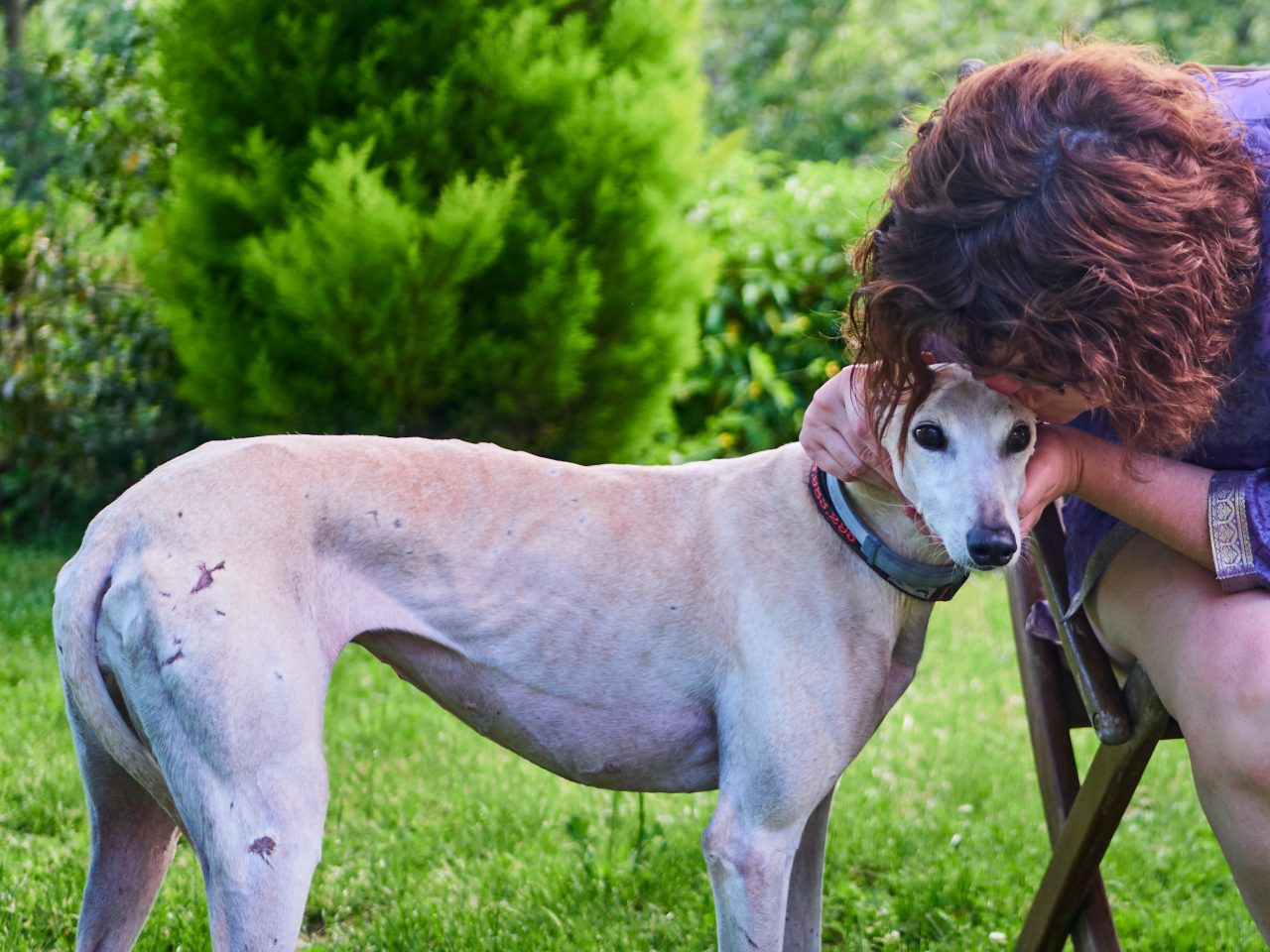 Although we don’t often consider it because of their furry coats, dogs can get sunburned, just like people, though it takes more sun exposure for a dog to become sunburned than the average human. Dogs with thin hair or hairless breeds, and dogs with fair skin under light-colored fur are more at risk for sunburn than the average dog. All dogs are susceptible to sunburn on their bellies, ears, and noses, though.

Signs of sunburn in dogs can include reddish-colored skin, dry or cracked skin, curling at the edges of the ears, scratching or licking of burned areas, or an unwillingness to be petted. If you suspect your dog has a sunburn, consult with your vet to determine the severity of the burn and the best course of treatment for your pet.

Never attempt to avoid sunburn in your dog by applying sunscreen meant for humans to your dog’s skin. Some types of human sunscreen can be toxic to dogs. Ask your vet about dog-friendly sunscreens to keep your dog safe in the sun.

The sun and heat can be dangerous for dogs, just as it is with humans. However, dogs can’t speak up and tell us when their paws are burning on the pavement or they’re getting overheated. It’s important for owners to understand how to best care for their dogs in warm weather and what signs to watch out for in diagnosing heat-related issues with their pets.